Django a web framework for modern web developers: In the era of web applications, it will be unfair if we don’t discuss about an powerful web development tool of the industry. We are talking about Django!! Last week, one of my friends asked me about Python programming. I told him that, Python is a super powerful language just like Java or in some cases it is better than Java. Moreover, if we compare the inbuilt functions, modules etc then Python is simply unbeatable. Python developers can deveop any complex and huge project with much better efficiency and accuracy that any other language. That time, we discussed about Django which is a Python web framework. Though Python can be used to develop any type of applications starting from web apps, Desktop apps, Mobile Apps etc but, Django is dedicated to web apps only and fortunately it performs outstanding for its cause. END_OF_DOCUMENT_TOKEN_TO_BE_REPLACED

According to an analyst, out of the 10 top universities 8 universities currently use Python in order to introduce programming. Python has gone beyond Java as being the top language meant to bring in U.S. students to the programming also computer science, based on the latest study shared by the ACM (Association for Computing Machinery). 8 from the top ten computer science departments nowadays using Python to train coding, and also 27 from the top 39 schools, signifying that it’s the preferred language in educating basic computer science programs, as per Philip Guo, a computer science analyst who actually compiled the research for the Association for Computing Machinery. END_OF_DOCUMENT_TOKEN_TO_BE_REPLACED

Jython, an open source, implements the Python programming language that is integrated with the Java platform. To run this object-oriented and dynamic language a programmer has to compile Python source code with Java bytecode. When a programmer integrates Python and Java, it gives him an access to all the Java libraries. By using the libraries, Applets and JavaBeans can be used by assigning the classes of any of these languages as sub-classes under the other. END_OF_DOCUMENT_TOKEN_TO_BE_REPLACED 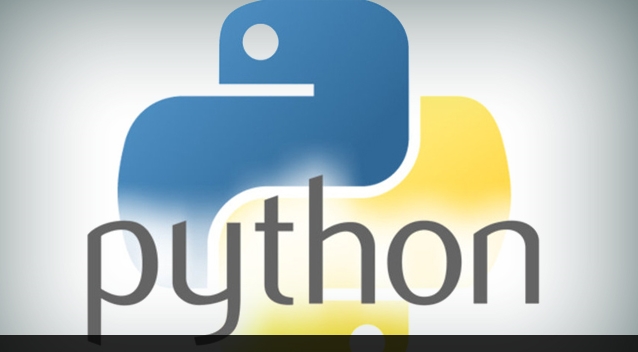 Python is a hugely popular general-purpose as well as high-end programming language that is based on code readability. The syntax of Python provides the programmers the unique option of expressing concepts by writing new codes that are better than what is needed in case of other languages like C or C++. The language helps in creating constructs that are designed to develop clearer programs on a large scale as well as a small scale.

It can well be termed as an interpreted, high level, object oriented programming language, that comes up with a series of dynamic semantics. The high end data structures, that are combined with dynamic binding as we’ll as typing, make the language so lucrative, especially when it comes to RAD or Rapid Application Development or using the language for scripting or as a glue language for connecting the existing components with each other. It is simple and its syntaxes are all extremely easy to learn. They put more focus on readability. Hence, they come in handy in reducing the expenses of maintaining the program. The language also supports modules as well as packages. This encourages program modularity as well as reuse of codes. The interpreter and its extensive customary library are present in source as well as in the binary form and they are freely distributable.

Python is designed to support multiple programming models that include object-oriented, functional, as well as imperative programming patterns. It also comes up with automatic as well as system memory management along with a comprehensive standardized library.

Python is generally used for scripting for web based apps and for facilitating these apps, a standard API has been designed with WSGI or Web Server Gateway Interface. Various web app frameworks such as Pylons, TurboGears, Tornado, Zone, Flask, and the likes, support the developers when it comes to designing or maintaining the complex applications, while IronPython and Pyjamas are used for developing the client side of the Ajax-based apps.

Like any other dynamic programming language, Python can be used for scripting though it is also possible to use it as a non-scripting language. The codescan can also be used as a standalone program, especially with the use of certain third party tools like Py2exe and Pyinstaller.

Python, technically speaking can be termed as a multi-paradigm language that is used for structured, aspect-oriented, as well as object-oriented programming. It uses dynamic typing technique along with a combination of cycle-detecting garbage collector and reference counting for the purpose of memory management. Another very significant feature of Python is its dynamic name resolution mechanism that binds method as well as the variable names when executing a particular program.

Python saw the daylight for the first time towards the end of 1980, while the implementation commenced from the month of December, 1989 and was considered as a successor to ABC programming language.

Python 2.0 was ultimately released on October 2000. This version came up with a number of fresh features that also included a full garbage collector along with Unicode support. However, the most significant feature that this particular version came up with was the development mechanism that was followed. It involved a major tilt towards a process that was more transparent as well as community-backed.

The next version, P 3.0 was released in December, 2008 and this version came up with a lot of features that have been back ported to the 2.6 and 2.7 versions.

Then came the next version, P3.0, which is also called Py3K or Python 3000, which was designed and developed for rectification of the fundamental designing loopholes that were earlier detected in the language.

The language has successfully been embedded in quite a number of products like Abaqus alongside a few 3D animation languages like Max, Cinema 4D, Houdini, Maya, etc.

You can hire developers from top custom python development company in India who can help you build products within allocated budgets and time schedules.

We provide python development services. If you would like to hire python developers from our team, please get in touch with us at Mindfire Solutions.

Python, the high level interpreted programming language is also noted for its strength in server side scripting. This object-oriented dynamic language is often compared with Microsoft’s .NET and Java based languages and pitted as similar to these two. It can be used for software development of various types. It lends excellent support to integrate with other technologies, showing high productivity all through its development life cycle. This open source language is growing at a rapid pace. The pseudo code and Python code resemble each other. Even multi programmer development teams find the language quite readable- all thanks to the syntax rules as well as elegant design.

Straightforward support- Python has a great community which provides good support to the users. Since the code can be accessed freely by anyone and everyone, millions of developers all across the globe function hard to locate bugs so that they can be fixed accordingly. This results in fresh enhancements being added to it.

Integration- Python is multi-functional- it helps in easy development of web services, direct calling from and to C++, C or Java codes, providing of powerful capabilities for process control, invoking of CORBA or COM components, easy implementation of all internet protocols along with embedding of processes XML, data formats as well as other mark up languages as scripting language. The same byte code can be run on every modern operating system.

Readability- Python’s syntax is clear and easily readable. Its organization makes it imperative for programmers to maintain some order. The code can be easily understood by both experts as well as beginners, which makes it easy to become productive very rapidly. The development as well as prototyping any program is easy. The cross platform portability also makes it easy to simply code one time and then deploy it to several environments. In fact, there are lesser dialects in this language than most other popular languages like Perl.

Quick coding- Several tasks that normally have to be taken by other languages can be skipped here. Eventually the program maintenance is low in cost. The code can even be quickly adapted. Python is often known as ready-to-run language in which the simple code can be easily played with and tested.

Reusability- Program can be reused since the modules and packages are implemented carefully. There is a gigantic set of modules innovated and offered as Standard Library that forms a major part of the distribution of Python. The functionality can be shared simply between various programs through breaking up into several modules to reuse them as parts of other particular programs.

There are several programming languages available these days. Some popular languages are Java and C. However, the process of writing, testing, compiling as well as recompiling in them can be extremely slow and laboriously complicated. Python is fun to use, easily learnable and has enough power to handle even the most complicated tasks. So when the programmers find it hard to choose between the several options, most of them opt for Python. It has become a useful companion for many which accounts for its rising popularity.

You can hire programmers from top python development companies in India who can help you build products within allocated budgets and time schedules.

We provide python development services. If you would like to hire python developers from our team, please get in touch with us at Mindfire Solutions.